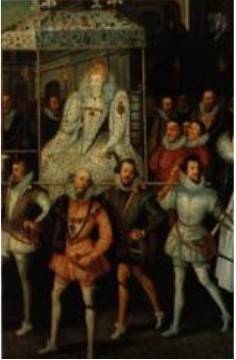 Richard Hughes (c.1565-1619) was the son of Hugh ap Rhisiart ap Dafydd from Cefn Llanfair in the parish of Llanbedrog and was a notable poet. He became a footman in the court of both Elizabeth the 1st and James the 1st. His niece, Margaret married Jeffrey Parry of Rhydolion, and their son Love Parry was the great, great grandfather of Sir Love Parry Jones Parry, husband of Elizabeth Jones Parry for whom Plas Glyn-y-Weddw was built.