During the mid 1990’s a separate charitable trust was established by the Friends in order to purchase Plas Glyn y Weddw. This was made possible by a National Lottery grant. It is the independent trust that is responsible for the day to day running of the Plas and have recently celebrated 20 years of management. 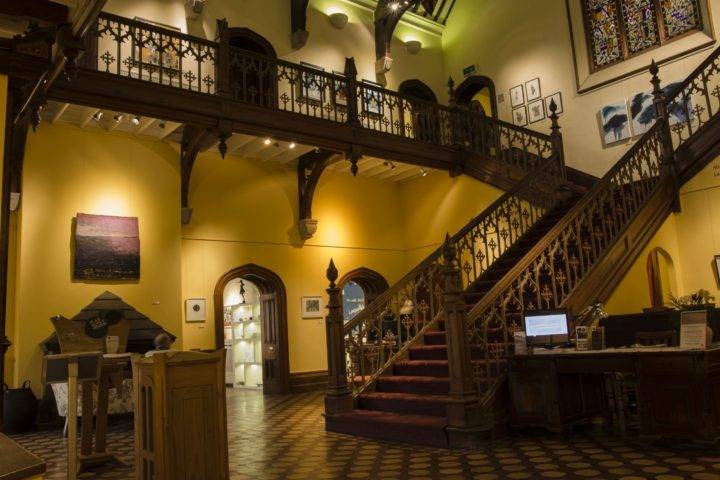 Over the last two decades, under the leadership of former Director David Jeffreys and the present Director, Gwyn Jones, the vision and hard work undertaken by Gwyneth and Dafydd has been further developed. Today, Plas Glyn-y-Weddw is much more than an art gallery; it’s an arts and heritage centre of national importance, fusing art, nature and culture through a wide range of activities.

One of the most important developments in recent years was the purchase by the charitable trust in 2008 of the adjacent 12-acre woodland known locally as Winllan. The woodland was initially part of the house’s original gardens but was not transferred in the sale to Gwyneth and Dafydd ap Tomos in 1979, and thus left out of the later transfer to the charitable trust in the late 1990's.

However, in 2008, an opportunity arose, thanks to the generosity of the Macmaster family, for the charity to purchase the woodland and once again manage the site as part of the center's attractions.

Over the past decade over £1m has been invested in clearing invasive species, opening up a network of walking trails (which form part of the All Wales Coastal Pathway) and developing a new eco-car-park and outdoor theatre, named after the late John Andrews, who was a great supporter of the Plas.

In 2016 an old tram, which used to travel between Pwllheli and Llanbedrog between 1897 and 1927, was placed on display in the garden. This is the only tram to have survived and is held on long term loan from Pwllheli Town Council.

Plas Glyn-y-Weddw now attracts over 140,000 visitors annually and is a popular destination among local people as well as visitors from all over the world.

The charity that owns and runs Plas Glyn-y-Weddw receives less than 5% of its annual turnover from the public sector and is therefore heavily dependent on the loyalty of its supporters for its survival. If you would like to learn more about the ways you can support and make a difference please contact the Director on gwyn@oriel.org.uk.