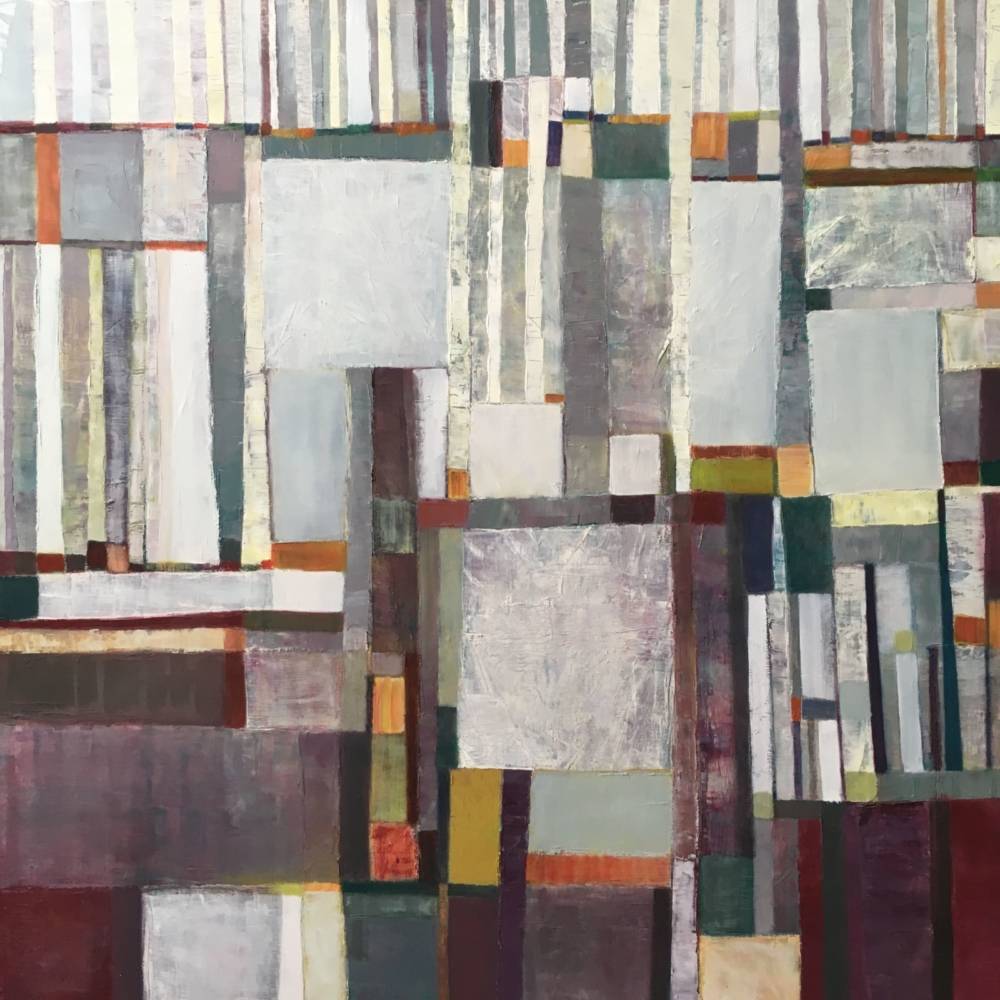 Coast and Urban Horizons features new work by Deborah Butler capturing the character of urban environments and the tranquility of Wales' coastline through layers of paint expressing the effect of light, weather, movement and buildings on the landscape.

Staying in the city, Deborah quickly returned to her first love of painting, working predominantly with oils on canvas. Her work is still influenced by her knowledge of textiles. This can be seen by the expressive use of depth and layering of the paint on the canvas

The demand for her work led Deborah instinctively to becoming a full-time artist who has been successfully exhibiting since 2000. She currently works and exhibits at her own gallery/studio in Liverpool and shows work nationally through the major art fairs.

Deborah's style is unique and sought after. She has an ability to interpret the beauty of our surroundings with a wide colour palette, both in realism and abstract forms, regularly selling her paintings to national and international collectors.

Her love of walking around the coastlines and landscapes of Wales, Cornwall and Scotland are a prime source of inspiration which have given rise to her 'rugged' series of Coastal paintings.

“I’ve chosen to show new coastal paintings alongside urban abstracts, which are totally different subjects, to highlight my painting technique.

“The way I use paint is influenced intuitively by the subject. I start with the inspiration created by the subject but as the work develops the focus becomes on the painting through abstract blocks, colour, texture and layers before what I’ve seen in the subject becomes obvious.”