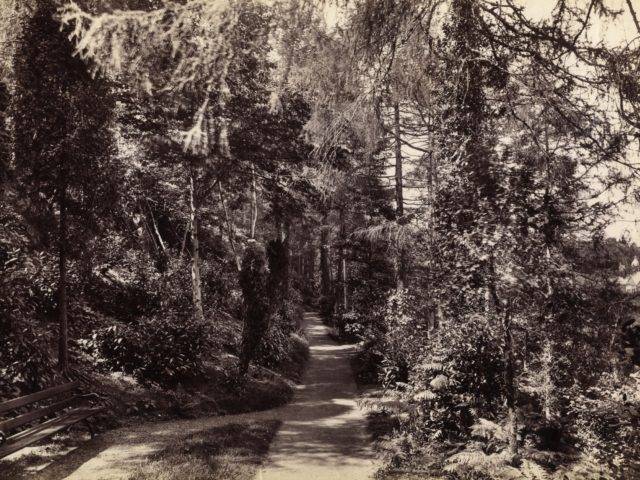 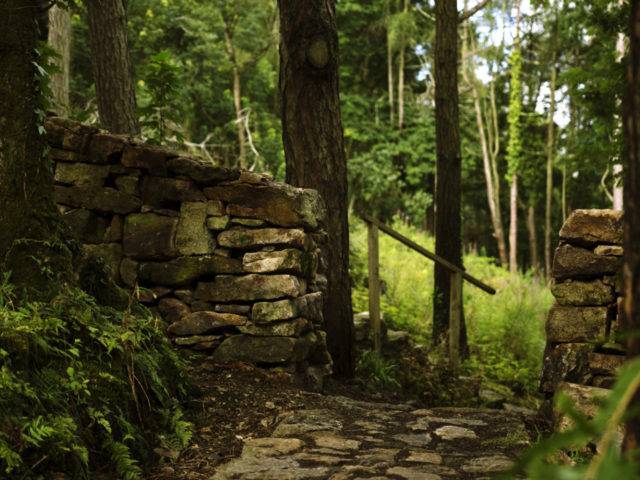 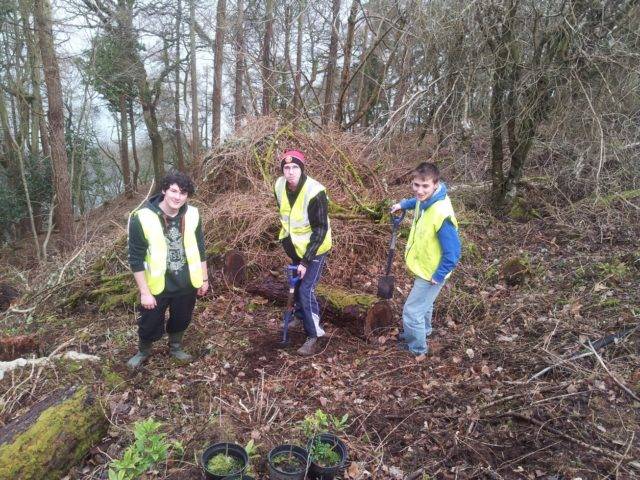 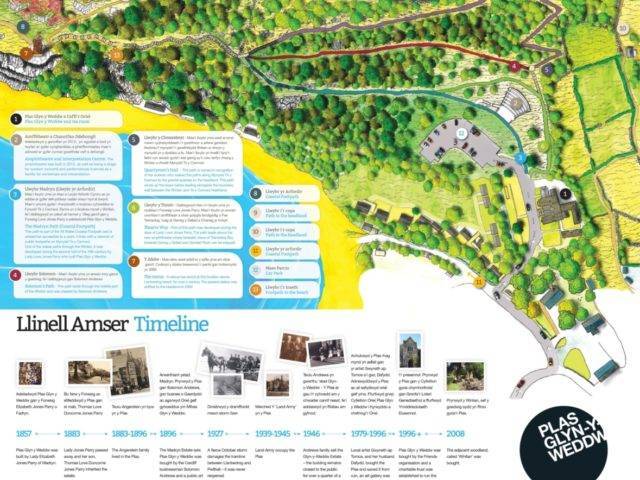 A network of footpaths lead from Plas Glyn-y-Weddw through the woodland, all are linked to each other offering a choice of circular routes of various lengths – from a short 10 minute walk around the open air theatre to an hour or longer length walk around the headland.

The main path is part of the Welsh Coastal Path and links Llanbedrog beach with Mynydd Tir y Cwmwd which has Site of Special Scientific I status due to its coastal heathland characteristics. This path is accessible for wheelchair users up to a point.

Most of the paths were developed during the Victorian period and are part of the Plas’ original gardens. The paths were restored between 2009 and 2013 after being closed for 70 years resulting in dense laurel and rhododendron growth.

Click on this link to view a map of the paths. 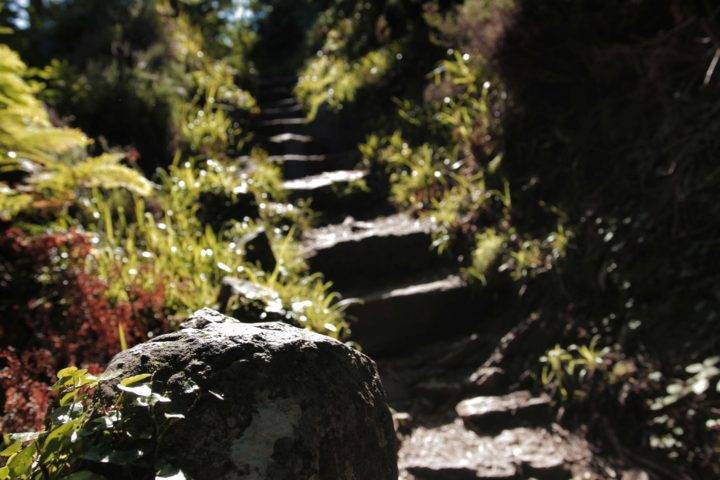