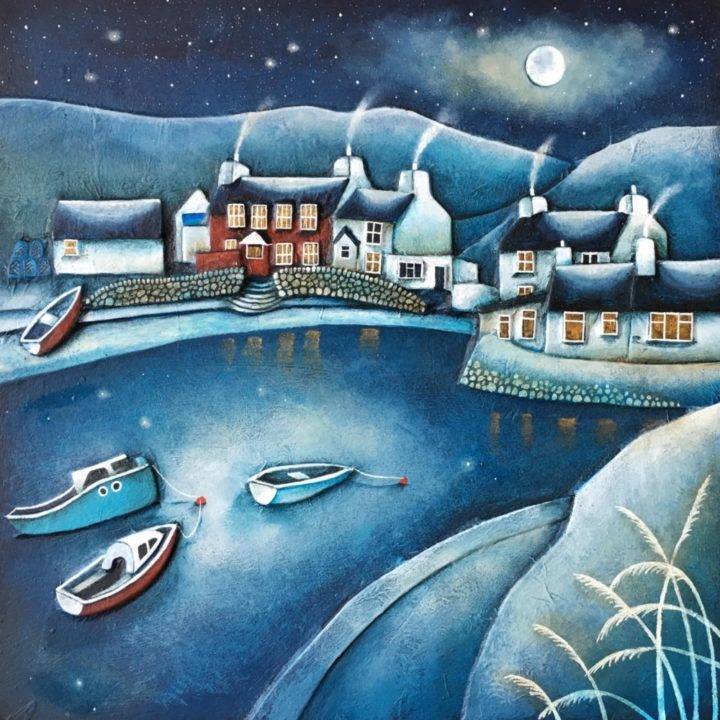 Therese was born in 1980 and brought up on the Llŷn Peninsula. After graduating in 2004 from Coleg Menai, Bangor with a BA (Hons) in Fine Art she became a freelance artist and began working for Coleg Harlech (WEA) undertaking numerous workshops for adults and children.

During her time with Coleg Harlech she was based out in the community, working alongside vulnerable adults with disabilities and/or learning difficulties and their carers, and also in the field of mental health and wellbeing through the arts. The work took her all over the county, working in Blaenau Ffestiniog, Porthmadog, Waenfawr, Caernarfon, Glynllifon and Bangor. It was during this period that she became involved with the Criw Celf projects for young people and Criw Celf Bach for younger children, established by Cyngor Gwynedd, and this is a project that she continues to be involved with, undertaking monthly classes at Plas.

Following the birth of her second daughter in 2011, Therese made the decision to give up most of her teaching work and concentrate on further developing her own practice so that she could be at home and closer to her young family.

Much of her teaching work had involved inclusivity, which meant that she had to adapt her projects for a variety of different and sometimes challenging abilities. Hence, her work became more craft based and focused on recycling materials where possible and using techniques that could be achieved by most skill sets. This of course influenced her own work and she began using the name ‘teska’ (a pet name given to her by her Polish grandfather) on social media to share her craft pieces. However, it gradually morphed into becoming her artist identity too, and the name under which the works you see in this exhibition were made.

Her paintings and collages are definitely inspired by her home on the Llŷn Peninsula, and Wales. She is drawn to old buildings, alluring landscapes and the flora and fauna of the Welsh countryside. I’m sure if you have followed Therese’s work over the years you will have noticed that her work changes quite a lot! At the moment, nevertheless, the work you see here is where she’s at her happiest... for now!