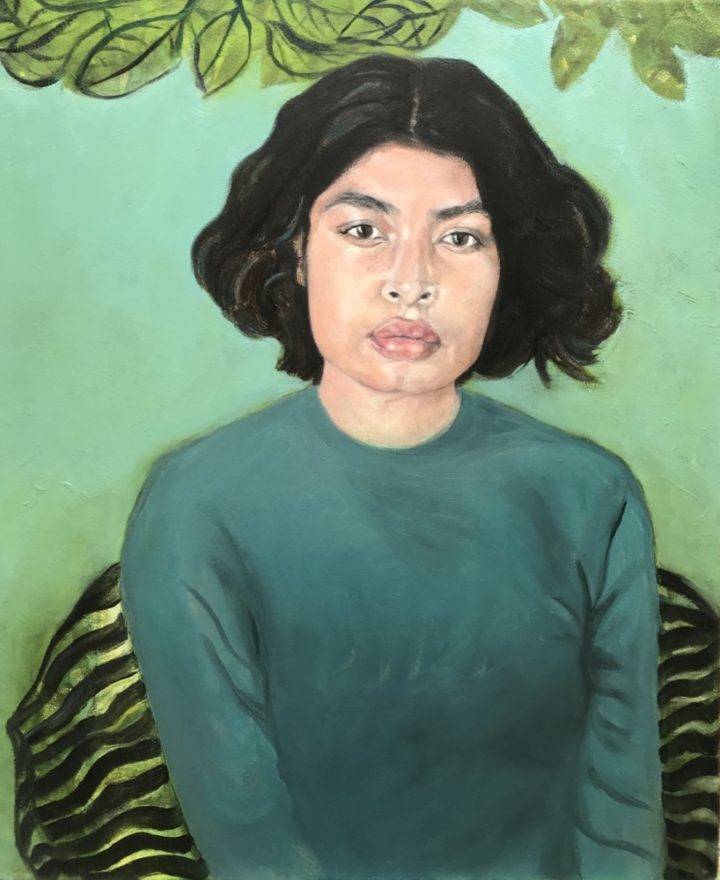 Annie Morgan Suganami (b.1952) is a Welsh artist and musician currently living and working in Machynlleth, Wales. Suganami trained at the Royal Academy of Music and Cardiff School of Art and Design.

Suganami's parallel musical and artistic pursuits share a vocabulary; rhythm; texture; composition and improvisation. Painting is experienced as a form of musical expression in her figurative and abstract practice. Suganami's paintings are often worked and re-worked, returned to and painted over. New painting is layered over old resulting in a complex tonal arrangement that is imbued with emotion. Borrowed from observation or imagined, her images search for an understanding of the human condition. It is human body language and particularly the face that is central to Suganami's work. Employing the same discipline of daily practice as to her instruments, Suganami is compelled to paint characters emanating tenacity, perseverance, resistance and tenderness – personal icons of endurance in uncertain times.