I have, for as long as I can remember, been excited and self-motivated in the field of both art and craft. At the age of fourteen I was introduced to painting in oils by my then artist teacher – I was hooked - and with my first wage packet from summer holiday work spent it on paint, brushes and palette knives, being much influenced by the French Impressionists. (Although not for sale, I have a few pieces of my palette knife oils from that time)

Age 26 with the support of the local Council in Croydon, Surrey, I instigated the first annual pavement art exhibition outside the Fairfield Halls.

Soon after moving to Bebington in Wirral (about 1974) I entered and won first prize and a highly commended in a Council sponsored Competition.

Once my children were at school I attended a studio pottery based in Birkenhead Park and gave my time freely in return for learning the trade and in my own pottery studio went on to establish retail outlets for my turned decorative pieces and continued until I badly broke my left wrist at which point I gave up pottery to concentrate on painting.

The family moved to Singapore for one year and I continued to paint the vibrant colours of the Island.

I switched to watercolour and pen and wash and for two years was under contract to Dee Fine Arts in Heswall producing prolific local scenes and commissioned paintings of properties. (pen and watercolours can be seen on my website ‘Scandinavian Lodges at The Langdale Hotel, Cumbria).

I then established Gallery 2000 in Wirral, a fine art and picture framing business becoming a Premier Art Centre for Winsor & Newton. Whilst on the High Street I won a national competition for a ‘Conte’ window display and we were entertained to 3 days at the George Cinque Hotel in Paris.

We moved to Flintshire.

Gallery 2000 grew later into 6,000 sq. feet of picture framing, giclee printing and fine art materials. I bought all the emerging new products over the years and demonstrated and taught at in-house art classes. I demonstrated to many art clubs. I was recently invited by West Design Products to demonstrate at the NEC.

After a couple of painting trips, Giclee images of my paintings of the Isle of Man were sold into the Manx Heritage Centre in Douglas; Giclee images were also sold into several retail outlets in both Wirral and Chester.

With my husband’s failing health, I closed the business and concentrated on painting in my studio and exhibiting and caring for my husband. Now on my own, I am lucky to have the opportunity to continue developing my work, look to the future and to re-establish my art website.

Being near the coast has always been my painting passion. I love the history, the changing seasonal colours, the activities around the harbours, the boats and the changing moods and I have spent years hugging the coastline of the British Isles on my trips – and, for several of my exhibitions, have coined the name ‘Travels with an Artist’ . 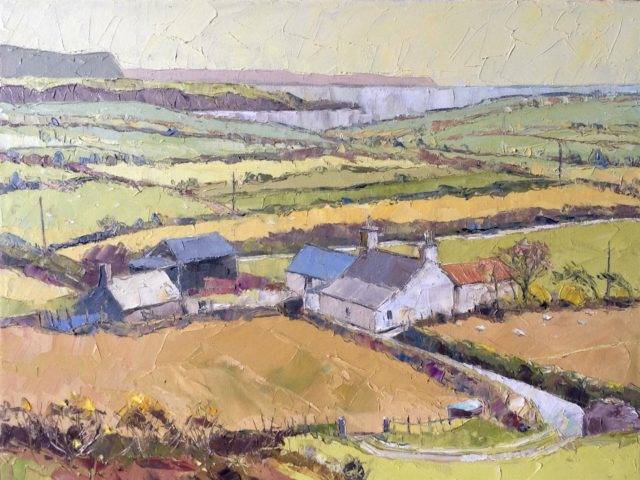 Over Aberdaron Bay towards Hell's Mouth 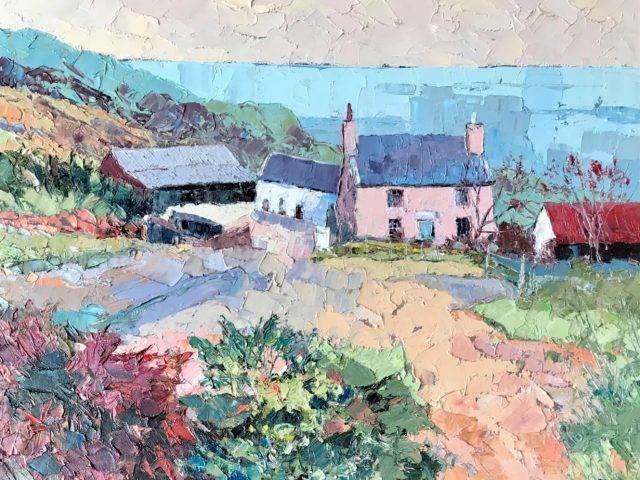 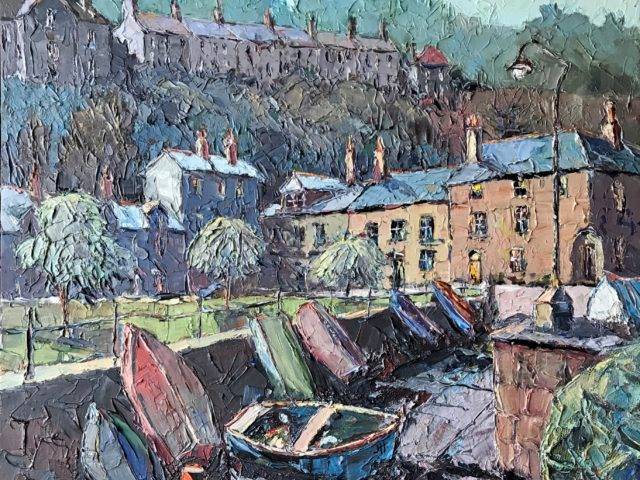 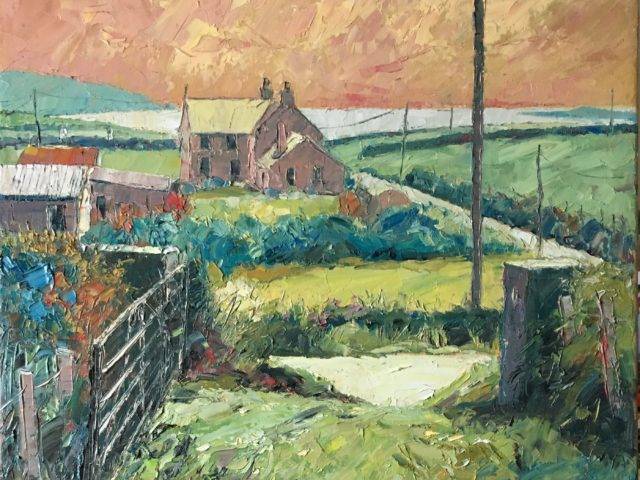 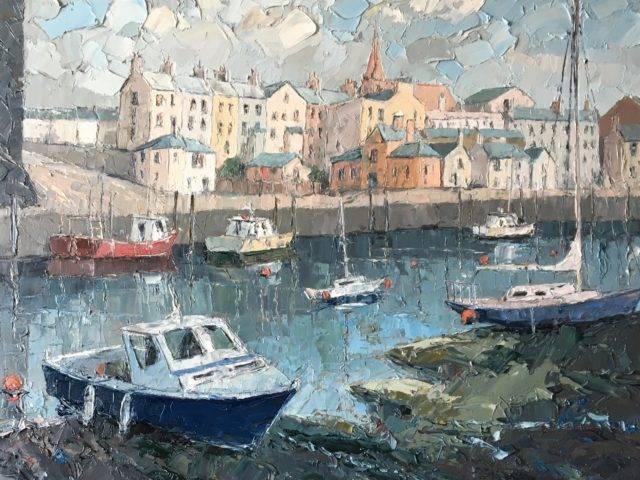 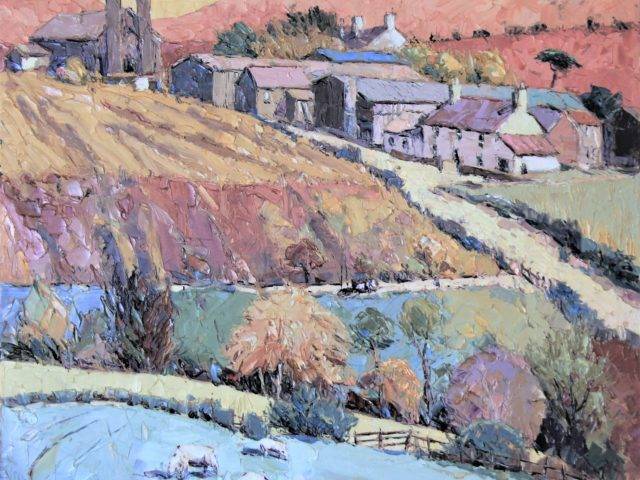