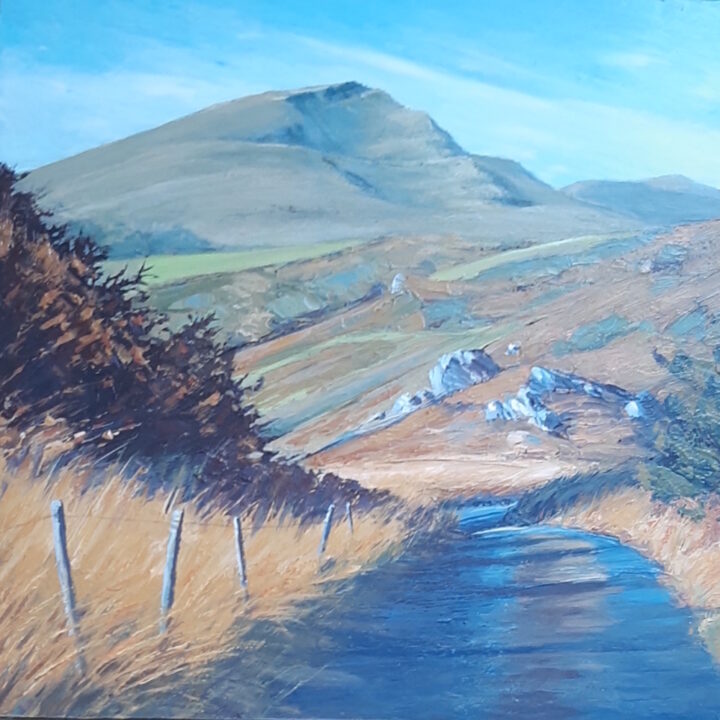 Caroline was born in Devon and encouraged by her creative family, pursued an artistic career from an early age.

After experiencing art colleges in Exeter and Bristol she painted and cooked her way through various countries until she finally settled in the beautiful artistic community of St Ives. Consequently, her work is now collected in France, United States, Australia, New Zealand, and India as well as having numerous customers in Britain thanks to the open studio she has on the harbour front of St Ives and other exhibitions held throughout the country.

Caroline's solo exhibition here at Plas Glyn-y-Weddw will run until May 23rd, 2021.

Entitled 'From Mountain to Sea' it follows the course of two rivers through the Ogwen and Glaslyn valleys.

From Mountain to Sea - Artist's Statement

It was a huge honour to accept the invitation from Oriel Plas Glyn-y-Weddw to produce 30 paintings for a solo show.
Rather than painting random scenes from various areas in Wales, the exhibition was created with a theme in the form of a journey, giving it cohesion, purpose and interest.
Entitled, ‘From Mountain to Sea’ this collection travels along two valleys.
One is from Tryfan in the Ogwen valley towards Bethesda, capturing the stunning Nant Ffrancon, lined with magnificent peaks, breath-taking cwms and serene lakes.
The other follows Afon Glaslyn from the shadow of Snowdon to the coast beyond Porthmadog. As this painting project progressed, I became fascinated by the changing mood and landscape of the river flowing through calm reflective lakes, tumbling down a rocky gorge, then gliding as an expansive estuary taking the Glaslyn to the sea.
This project is the culmination of over 4 months of planning, collecting reference images, framing and painting which, during a pandemic with travel restrictions, presented a bit of a challenge, but I hope you enjoy these visual journeys as much as I did creating them. 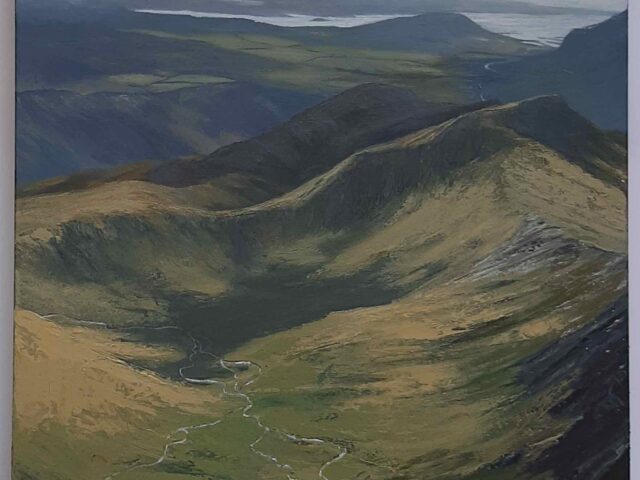 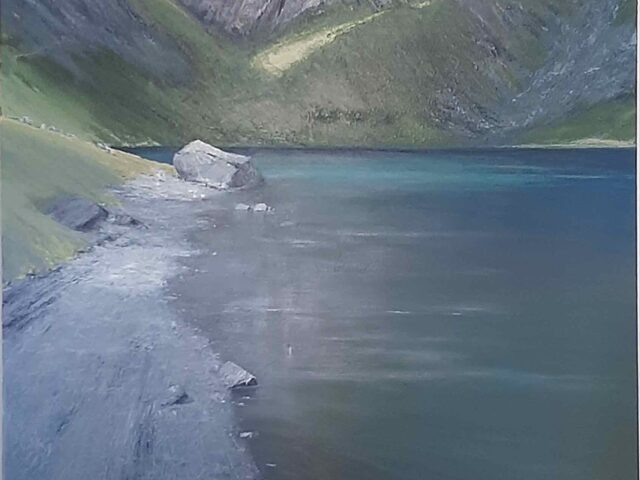 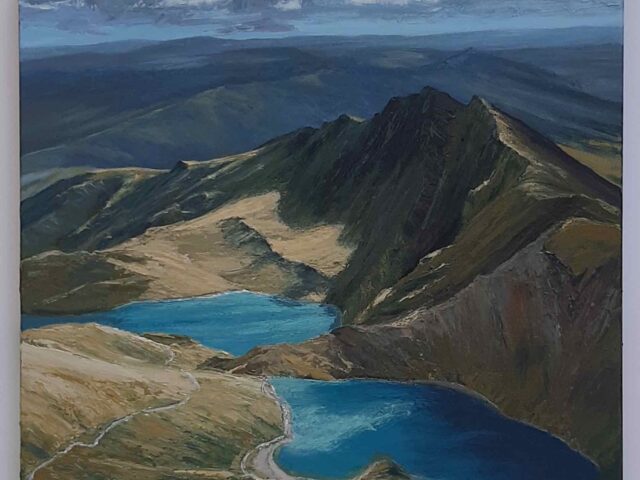 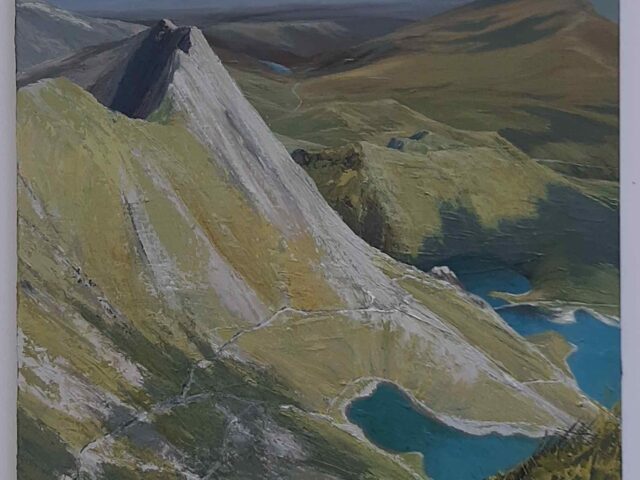 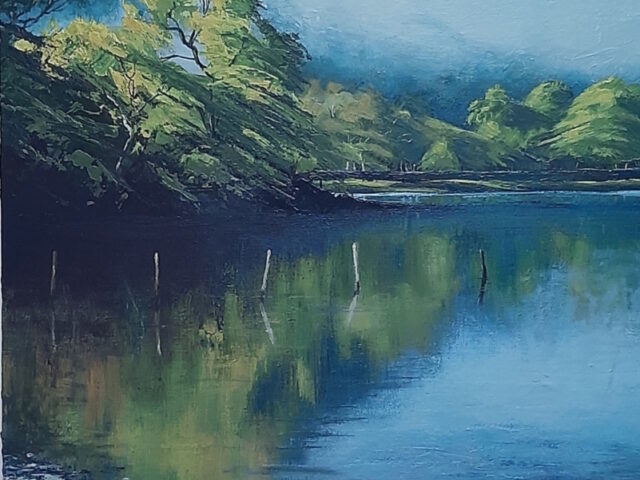 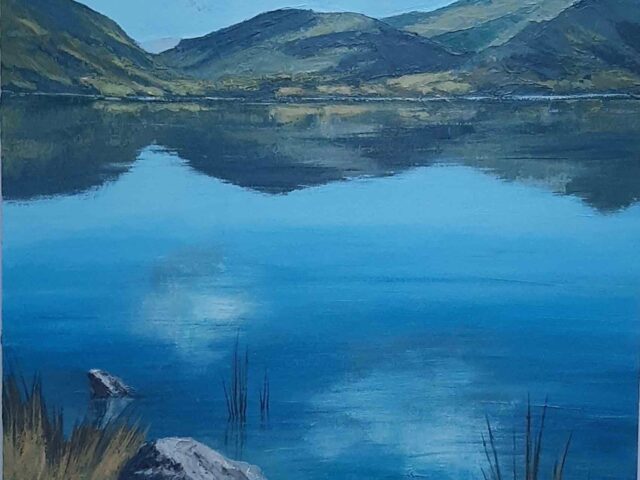 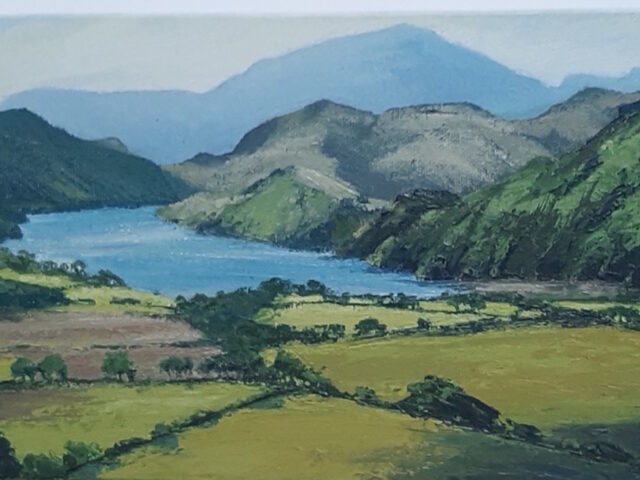 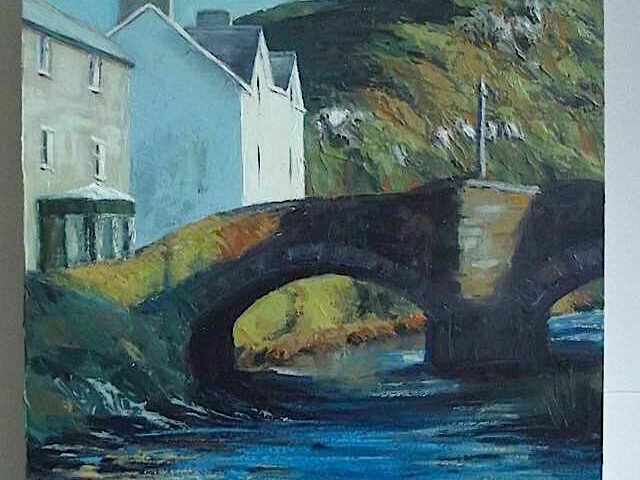 Under the Bridge, Beddgelert 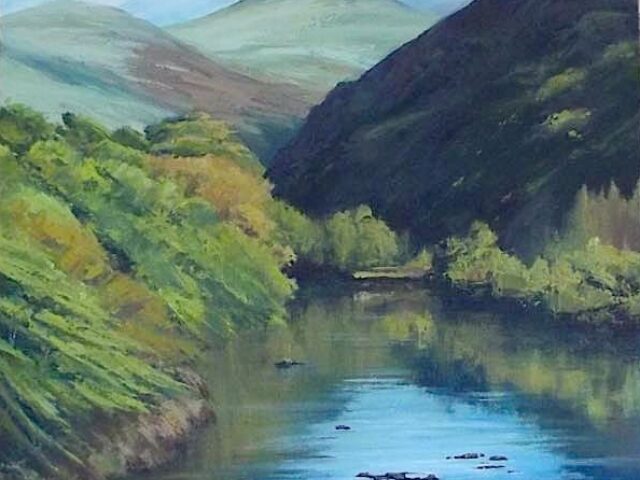 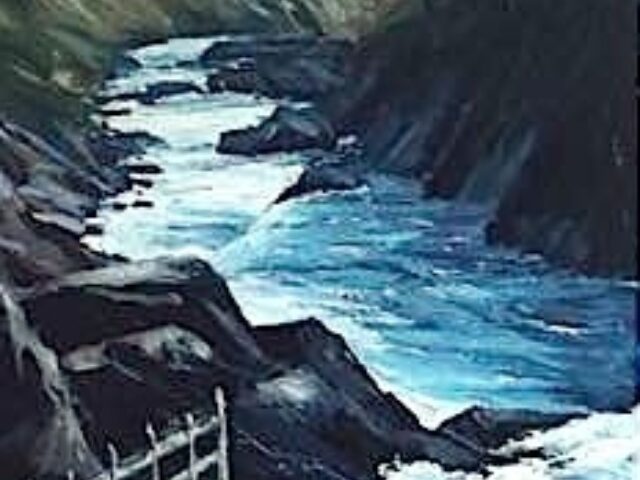 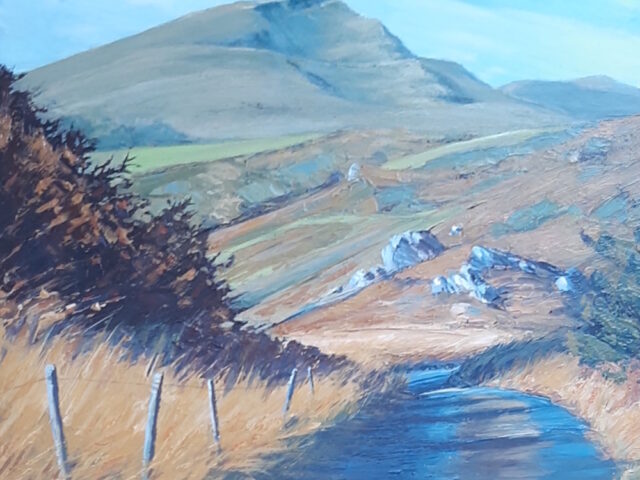 Moel Hebog - Guardian of the Valley 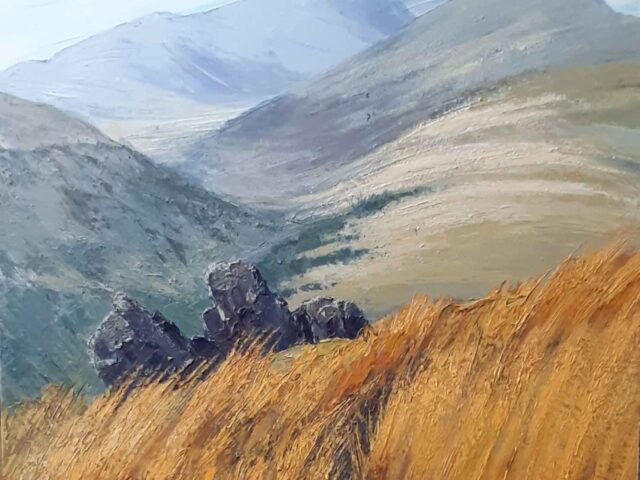 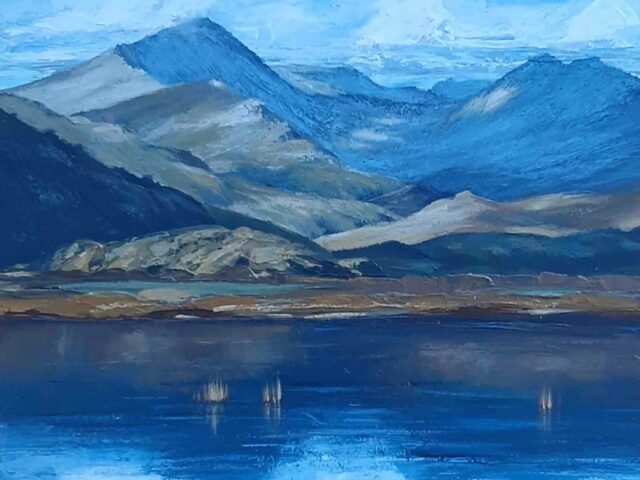 Where it all Began 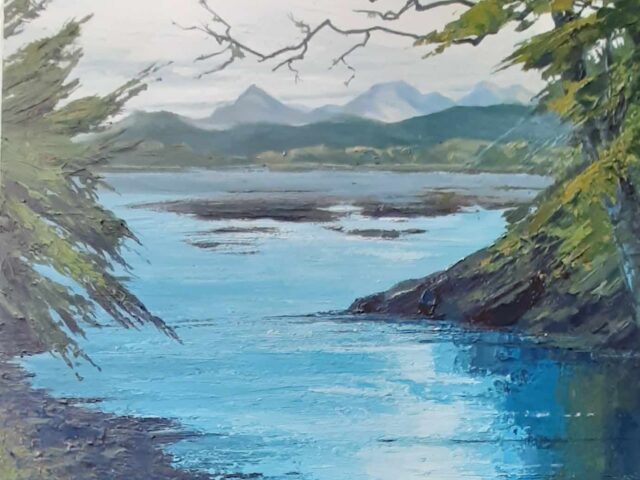 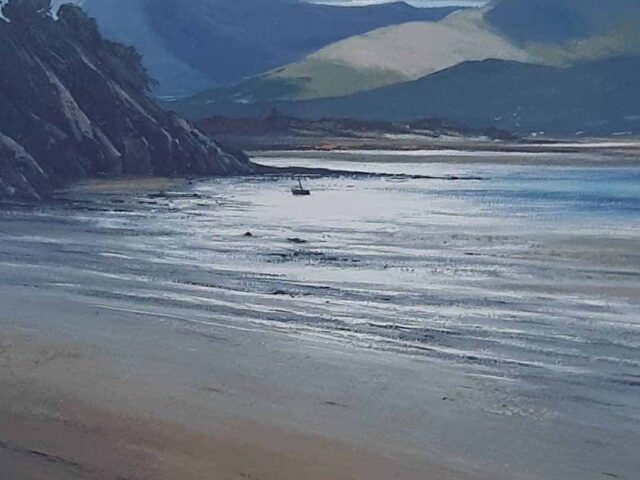 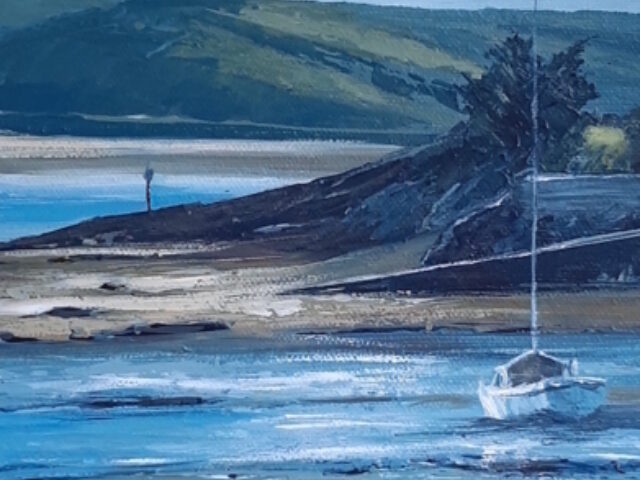 Waiting for the Tide 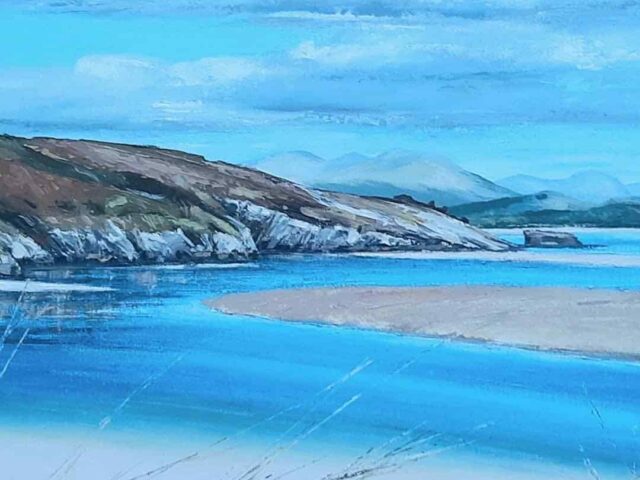 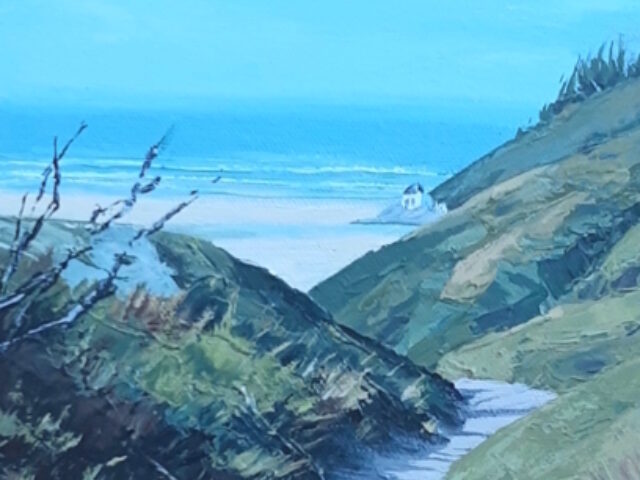 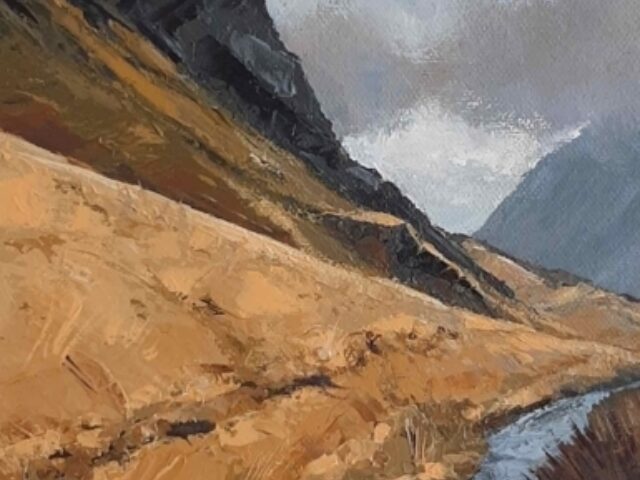 Top of the Valley 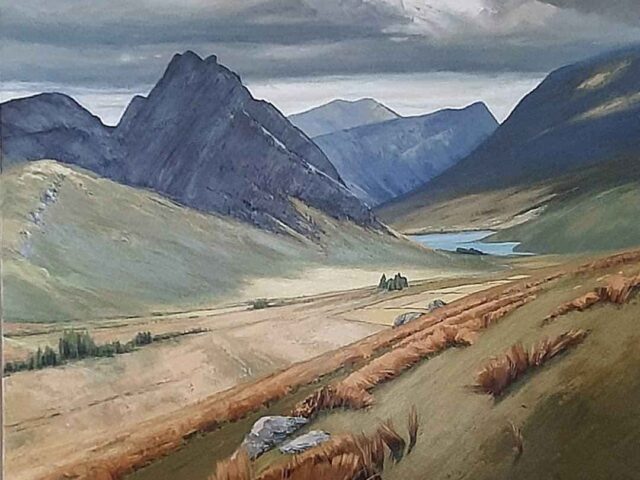 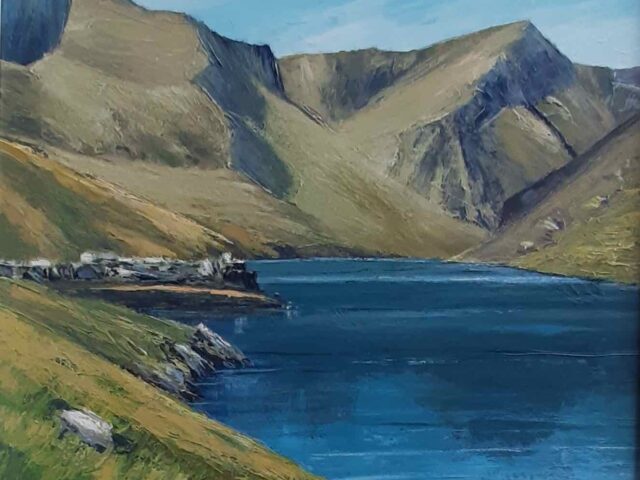 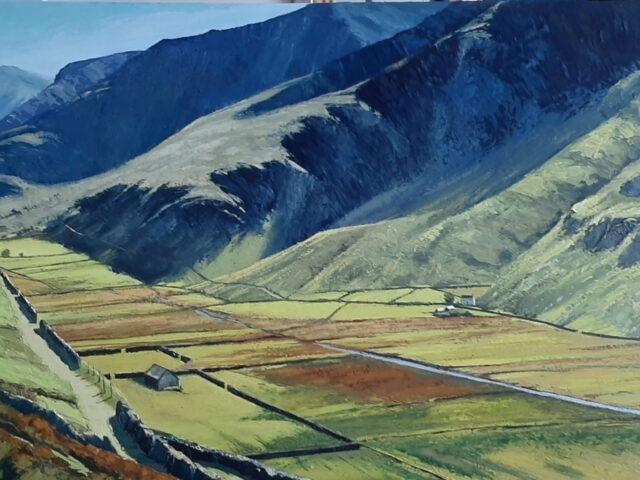 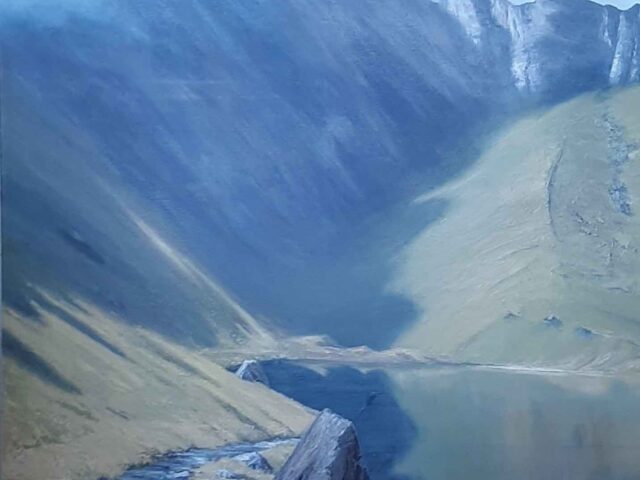 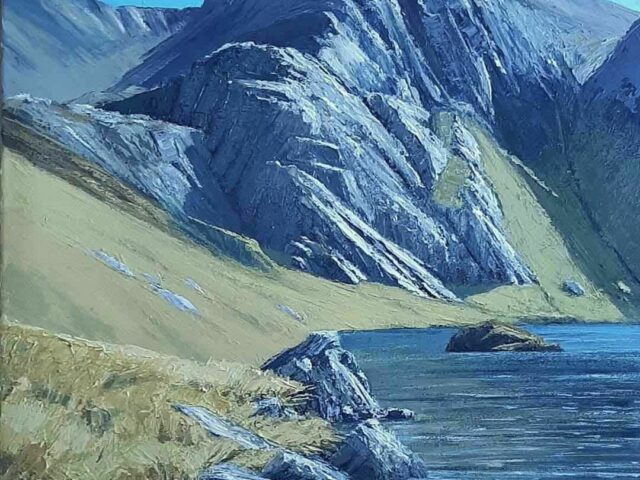 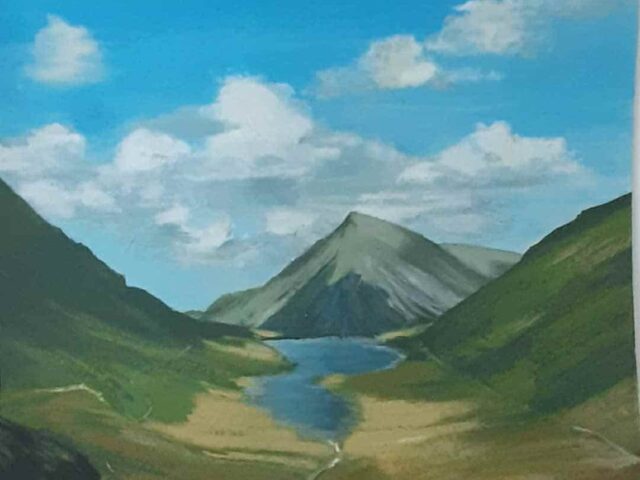 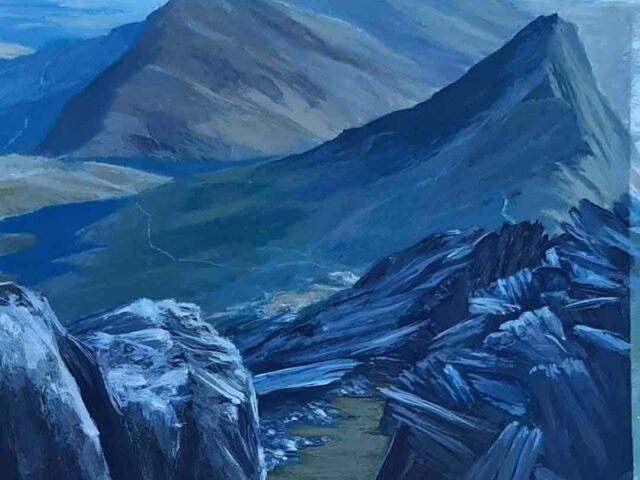 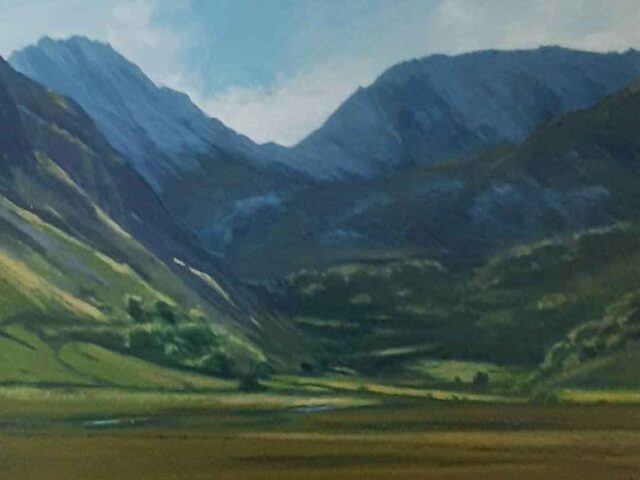 View up the Cwm 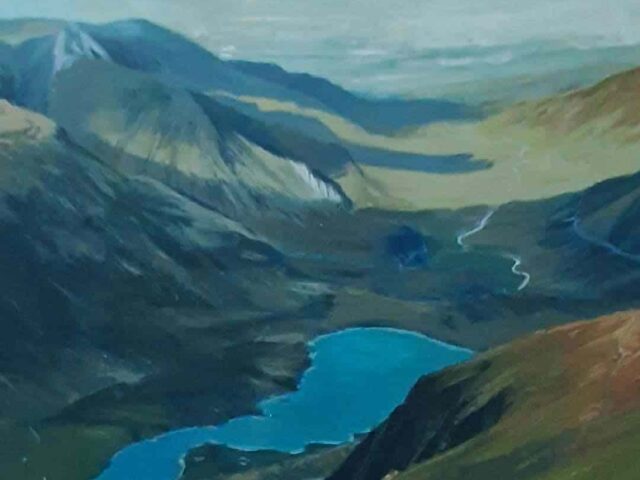 The End in Sight 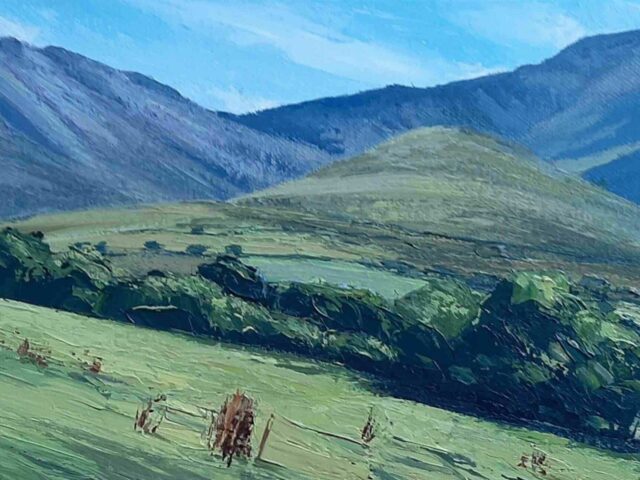