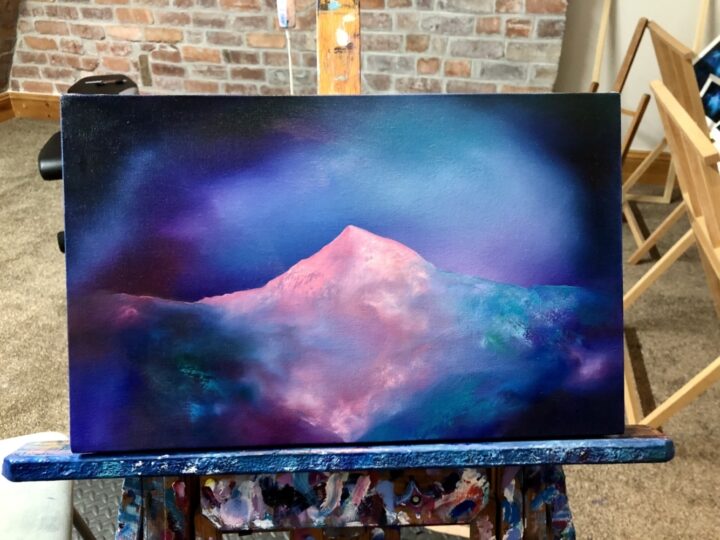 Shortly after she graduated from Wimbledon College of Art in London, Anglesey born Lisa has established herself as one of Wales's leading artists. Her work has a unique style that creates a particular mood and atmosphere. While the mountainous landscapes are rugged they also have a magical vibe that draws you into something which is greater than the mountain itself, beyond humanity.

Some of her early studies used to focus on the human form, sometimes combining elements into her landscapes. More recently the human presence has disappeared allowing the viewer to create his own relationship with a view. Familiar or imaginary, the vistas provides an uplifting experience of space and time, guiding us to reflect upon nature and humanity. Lisa says of her work -

"My paintings exist somewhere between reality and fantasy and have been inspired by the striking mountains of Snowdonia. They are a combination of specific and imaginary places, and have an other-worldly and magical feel to them.

The paintings are set in the distant past – where there are no roads or pylons, and no sign of humanity. I have attempted to create a peaceful and calm atmosphere in a world untouched by Man.

They are hopeful paintings in a world that has become so uncertain and that can be cruel at times. I stress the importance of not taking our beautiful landscape for granted, and that the natural world should be protected at all costs.

The shadows suggest that we are almost in the darkness with the issues of the modern world appearing to be serious, and that the battle between earth and ourselves has reached a critical point.
However, the light penetrates intensely through the shadows, which conveys the hope that we as people will open our eyes, and will take good care of the earth and of each other before it’s too late.

Climbing to the top of the mountain can be difficult, as are many things that manifest themselves in life.
The darkness conveys these difficult aspects of life, but the brighter colours, in marked contrast, show that there is light to be found behind every cloud or murkiness.

I have combined two techniques in line with the duality of the paintings, namely lino printing and brush painting. The craggy texture created by the lino contrasts with the gentleness of brush strokes in the background. 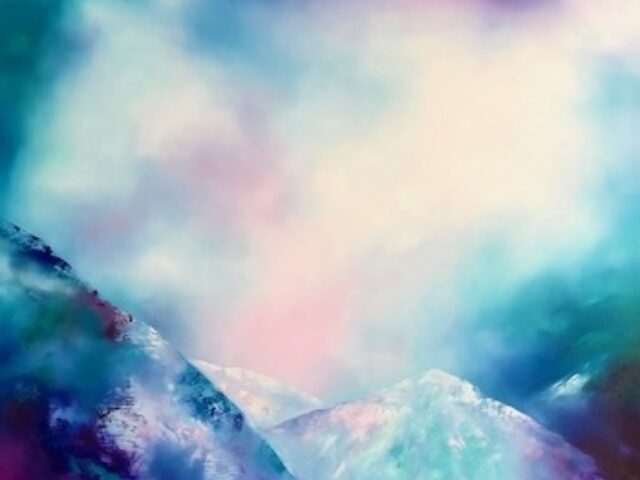 Above The Clouds Of Time 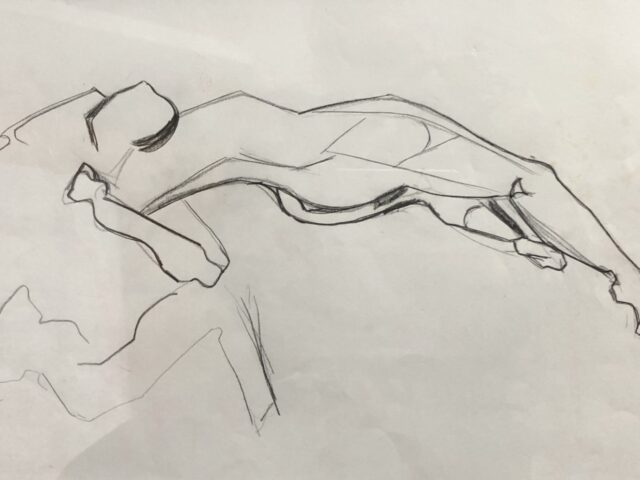 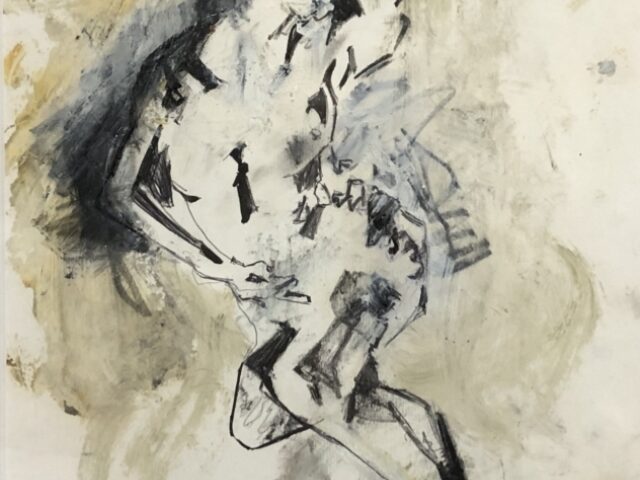 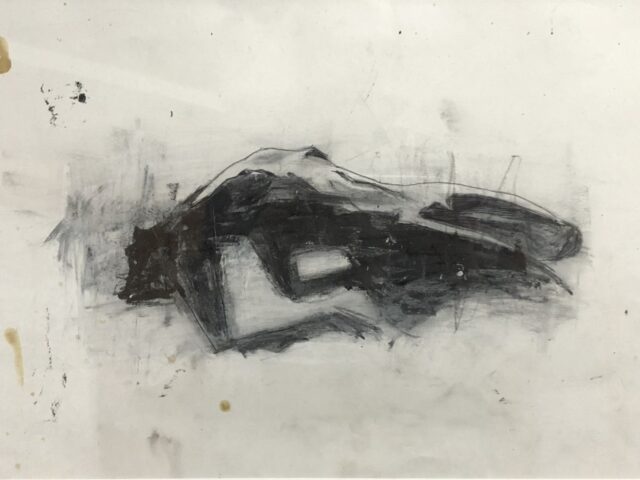 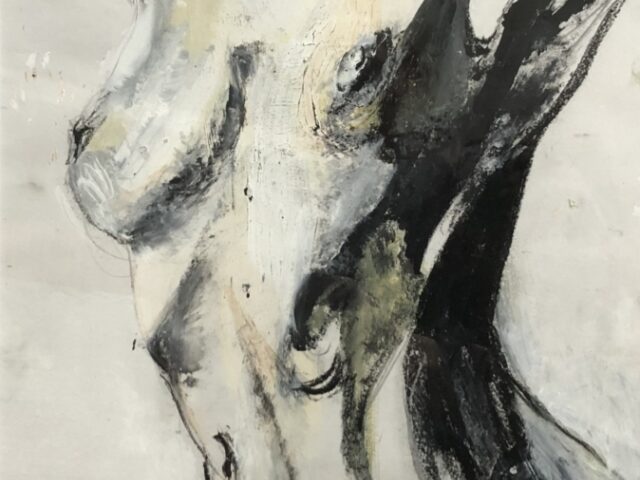 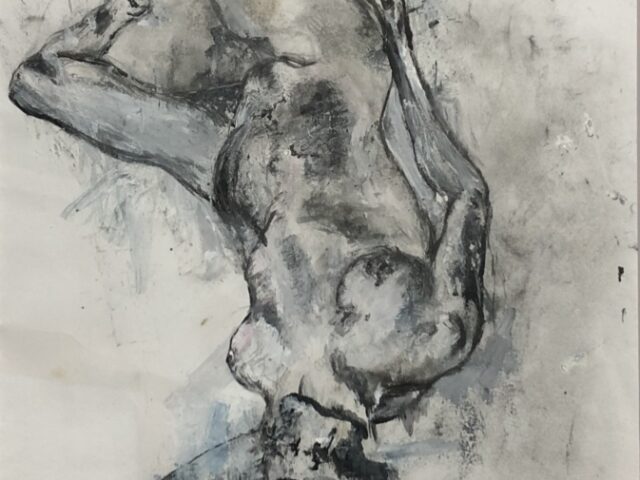 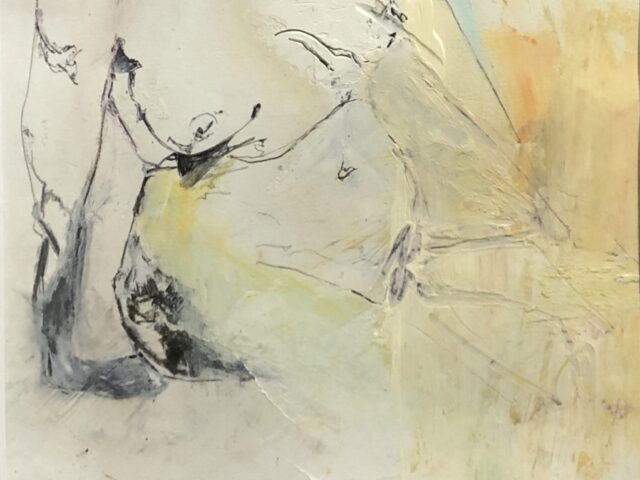 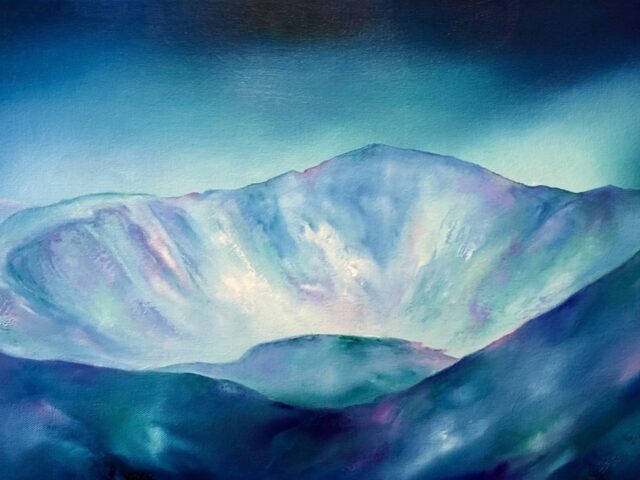 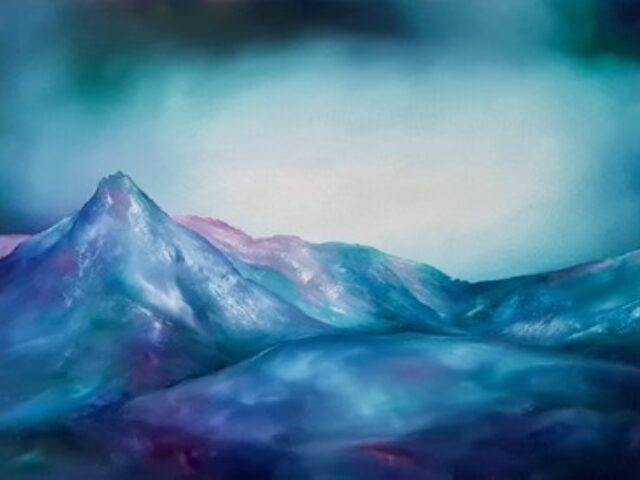 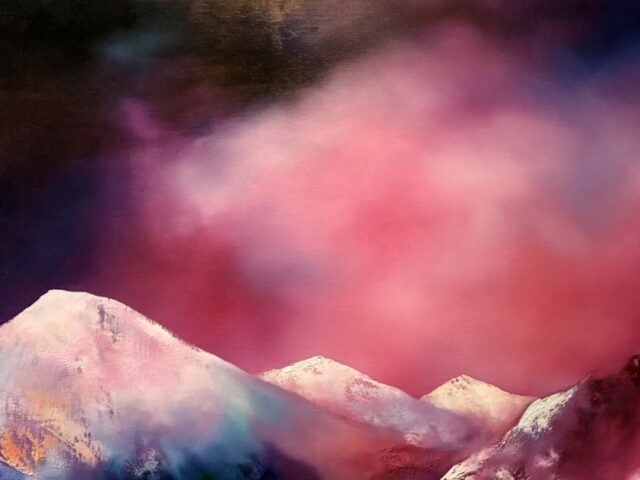 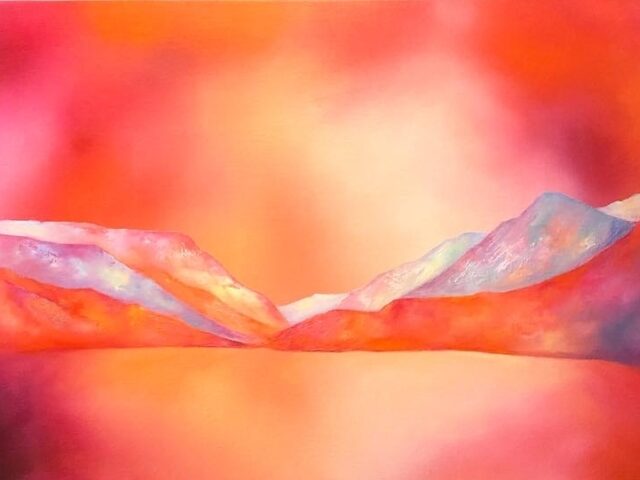 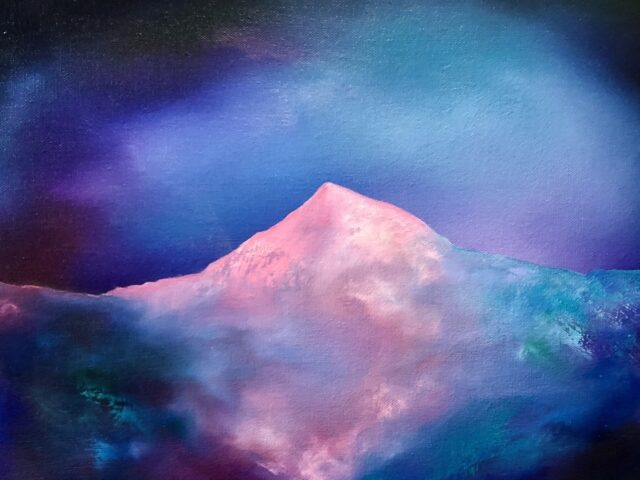 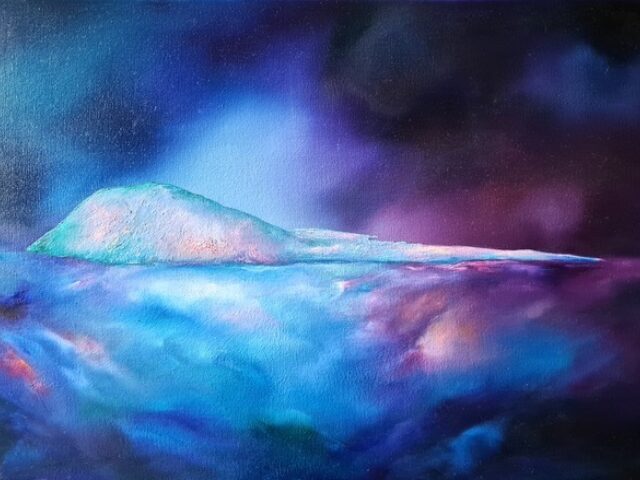 The Soul of Bardsey 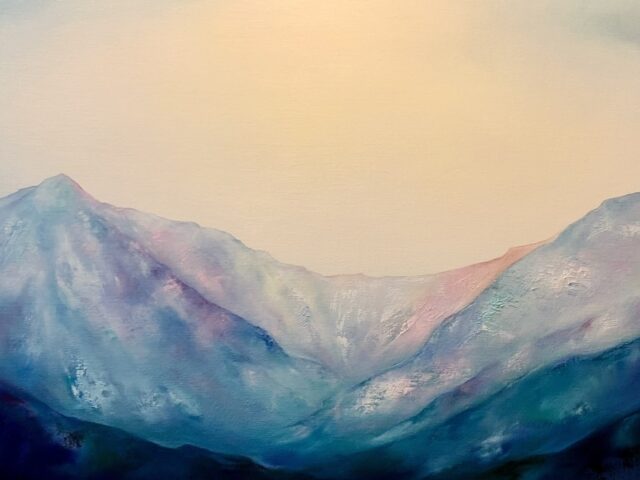 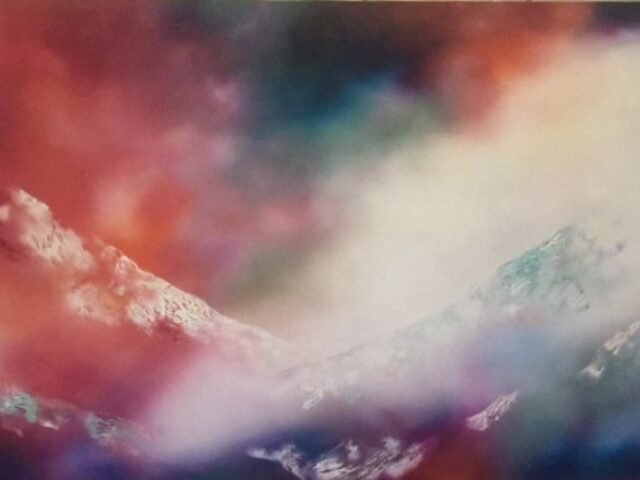 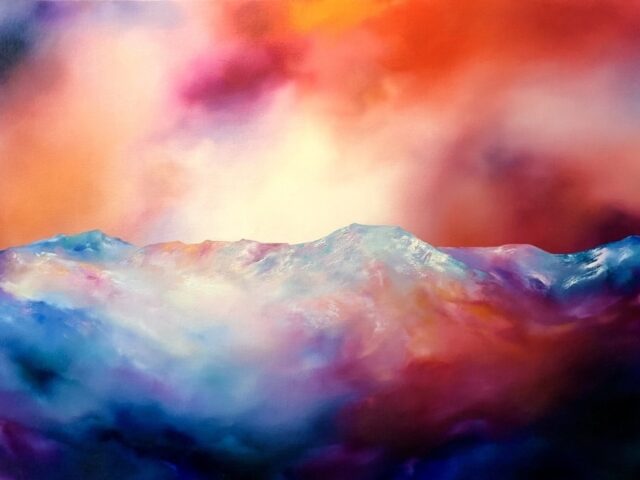 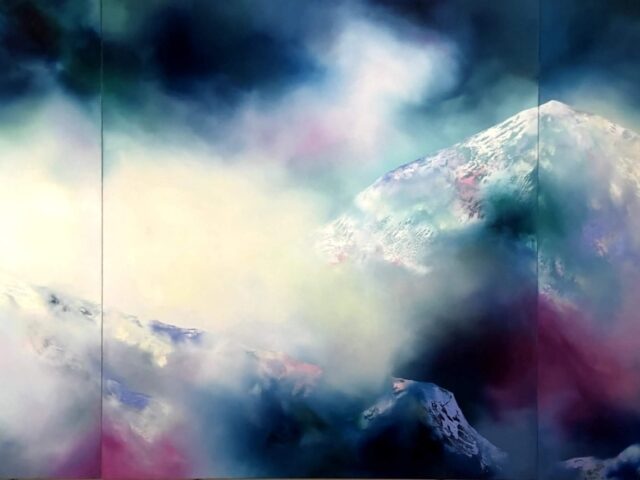 There Will Be Light (Triptych)