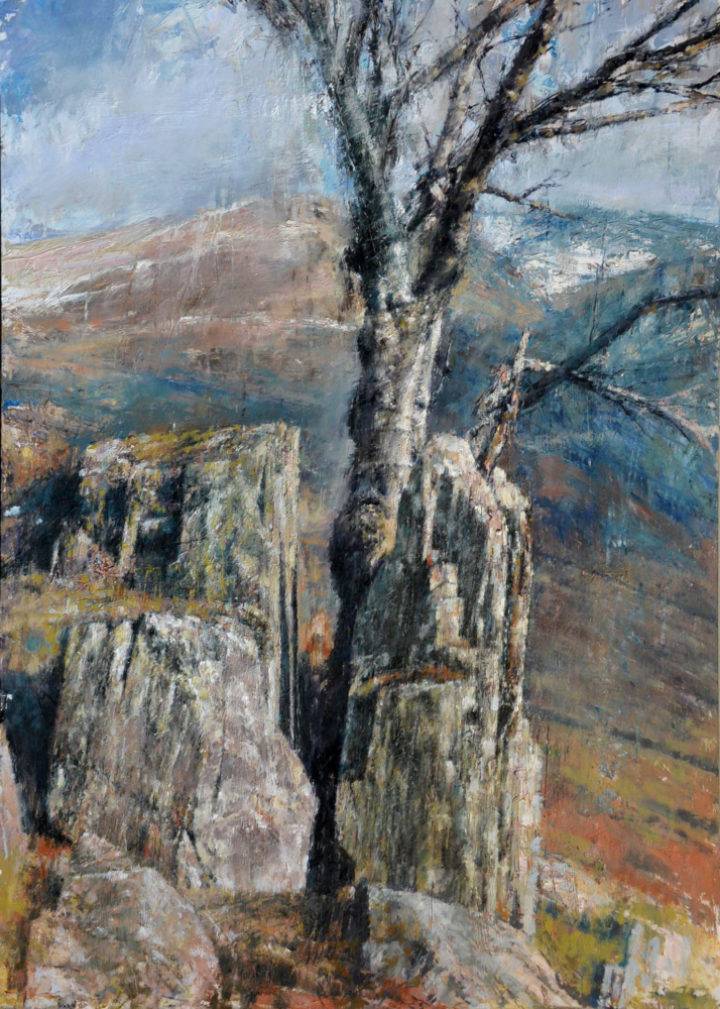 Keith has exhibited extensively and received justifiable acclaim. Amongst a host of awards, he has twice received the Gold Medal for Fine Art at The Royal National Eisteddfod of Wales, and in 1992 he was elected a member of the Royal Cambrian Academy. Two Royal Mail Stamps and two books 'Snowdon Shepherd' and 'Among the Amish' – feature his paintings of the countryside.

"Ancient people believed that if you walked too fast, you would lose your soul. Well, that's my excuse for dawdling around the hills, going ever slower. Mountains are not for marching over but for being amongst; as W.H. Murray, the Scottish writer and mountaineer wrote: "Find beauty. Be still."

The subjects that I am drawn to are the unremarked and forgotten fragments of a "fallen world": sheepfolds, trackways, paths, walls and gates. They are the decaying and neglected remnants of former times, testament to an outmoded life but imbued with the memories of a people who have been before. In such places of beautiful wildness are they now remembered.

Where there are only streams, rocks, stunted trees and weather, one can still draw analogies: here the solitary, twisted thorn tree clings to its thin earth with a tightening tenacity, becoming an emblem for the people of these wild, Welsh places."

I believe that painting does the same, so long as you find the poetry."