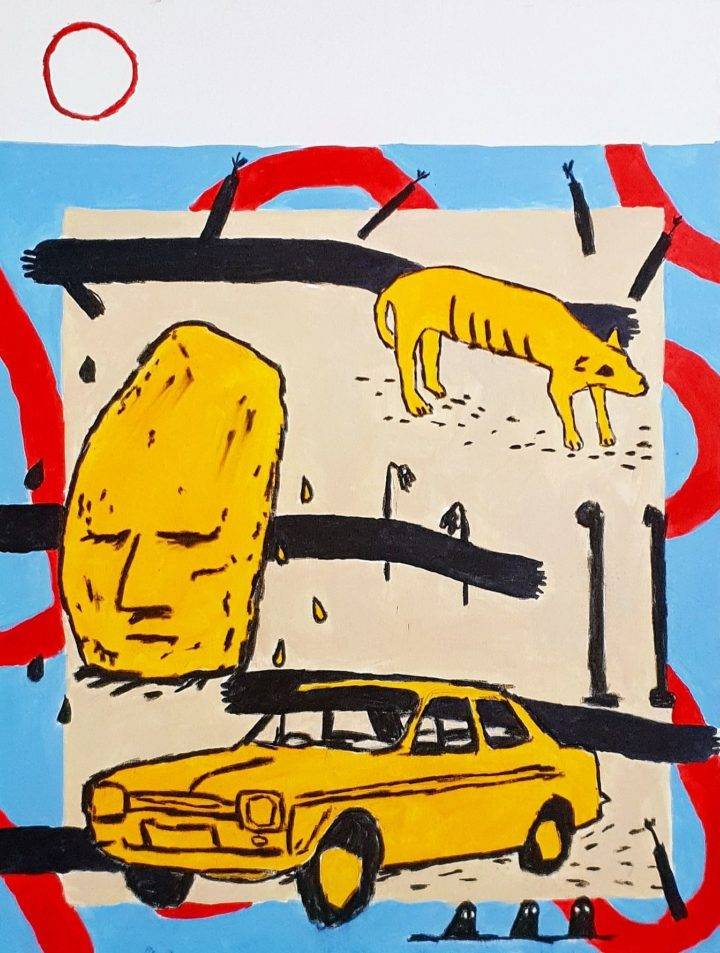 Billy Bagilhole grew up in a household full of his father’s paintings and prints, from a young age drawing indians, animals, religious figures imitating those images crated by his father upon the walls. They continue to be a fascination as his father passed away when he was 6 in the year of 2001. His experience is embellished as a time capsule of creativity for works ongoing. He often states that the reason he continued to persist within art was because of his father and this is why his empathy for mark-making, for creating is so strong.

Bagilhole predominantly works through the mediums of painting and filmmaking. Often covering canvases with salt and thick paint, he enjoys the technicality within painting, within colour and within the eye of the lens. Bagilhole frequently works through internal gestures and hints of nostalgic representations on abstracted life. Often colliding colour with imagery of sinisterness. He feels that painting becomes an expressionistic form of understanding and that by leaving the work as an open question, an unknown metaphor, meaning within painting or filmmaking, within art becomes infinite.

The attraction to painting Bagilhole states is the ability to create the unknown, the unimaginable and the uncanny, creating a sense of bewilderment. With sequencing themes such as the often seen fish bones, his occurring character "Edwin" or the bull, we can start to see a hint at relations between these often differentiated pieces of imagery. Bagilhole believes that we are inherently curious and that the pursuit of art offers an expression for this curious nature. Making art becomes a medium for wonder, something unsolvable a sensory koan that engages both artist and viewer.