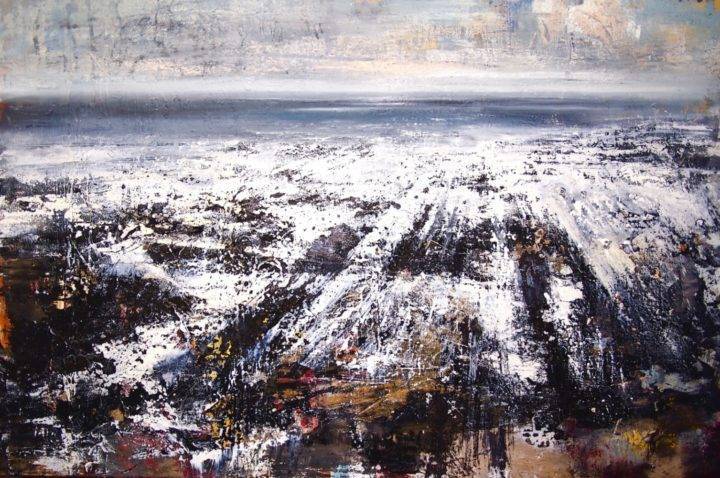 Peter Kettle was born in Wales in 1987 and brought up in a hamlet steeped in the ways of the hills and vales of Carmarthenshire. He went on to study fine art at West Buckland School in Devon on the edge of Exmoor and continued his studies in Cardiff. He now exhibits in well-established galleries across England and Wales.

For Peter, the landscapes of Britain are a perpetual spur for his love of painting. Being able to harness the hostility of the wild together with the peace of the water’s edge is a duality Peter strives to capture in his work. In particular, the alchemy of light and landscape through mixed media and technique is a quality that shines through in each of his paintings. Peter broadens his palette to clay, metal, oil and inks and uses a range of tools giving his paintings texture and energy. He has travelled widely and has been evolving his own particular perspective, which seems to have its roots in the works of Welsh artist Terry Setch, Cornwall’s Kurt Jackson and London’s John Virtue.

In the past, Peter sought out the words of local poets in order to connect with his landscapes and add a visual commentary of his own. He now continues to explore his curiosity for the ever-changing significance of the Welsh industrial revolution’s historical remnants, and the permanence of an untarnished natural landscape.

Moonlight on the Afon Glaslyn 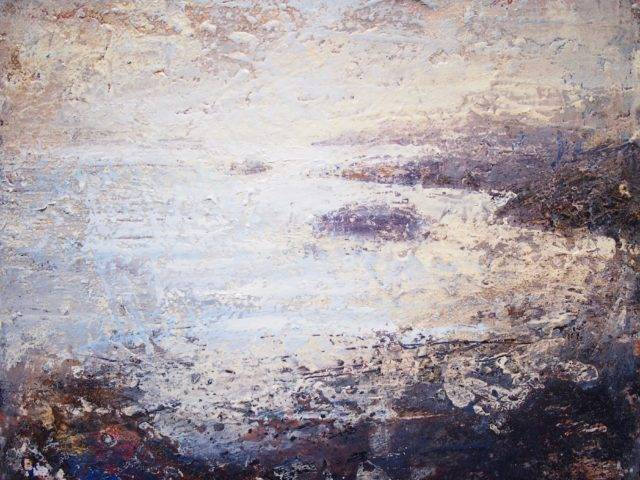 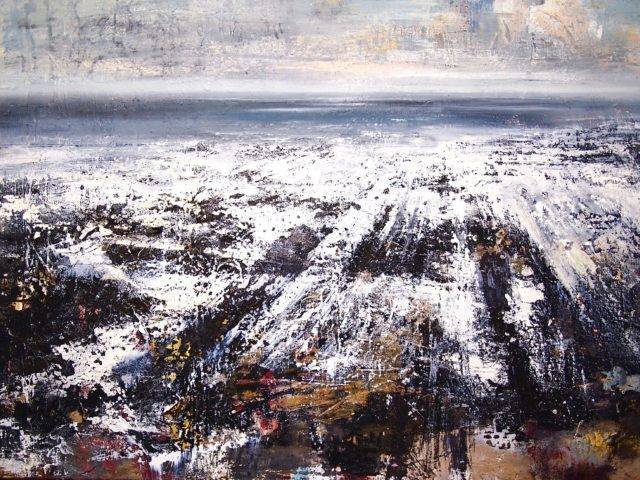